HOW THE MWCT TEAM SUCCESSFULLY RE-COLLARED A MALE LION, MARTI:

“It was not easy for the replacing of Marti’s collar. The collar completely stopped working months beforehand and we started having trouble to track the lion or monitor its movements. The Simba Scout team tried for some time to monitor where the lion was only to learn that Marti and his brother were mostly found within Kanzi Conservancy and areas close to that conservancy. With the help of the CYK cameratrap we were able to see that the lion was within the conservancy but with a different pride, with his one-eyed brother. As usual, we organised ourselves together with KWS and the Sheldrick Wildlife Trust Mobile Veterinary Unit and got ready for the evening for call ups. After some time, one lioness showed up and responded to the call up and after one hour Marti also showed up but was not able to come to the carcass because of a herd of buffaloes (nearly 15 of them) who scared and chased away the lions from the carcass. The lions seemed very attracted to the sound because they were hungry and decided to force themselves between the shrubs and the buffalo herd to reach the carcass once again. I identified the male lion with my night vision binoculars to validate that it was the right candidate to be darted and informed the vet to indeed dart Marti. After darting, we decided to shine the lights to scare away the buffaloes surrounding us and started moving towards Marti and found him successfully down and we quickly fitted him with a new collar and took the proper biometrics. It was a successful re-collaring and we are grateful we were able to switch out the collar. After a few days of analyzing the data, we found that he has been spending most of his time within the conservancy, although he frequently visited areas outside but still near Kanzi.”

Below are photos of the entire team during the days we conducted lion re-collaring missions from July 30th to Aug 2nd: 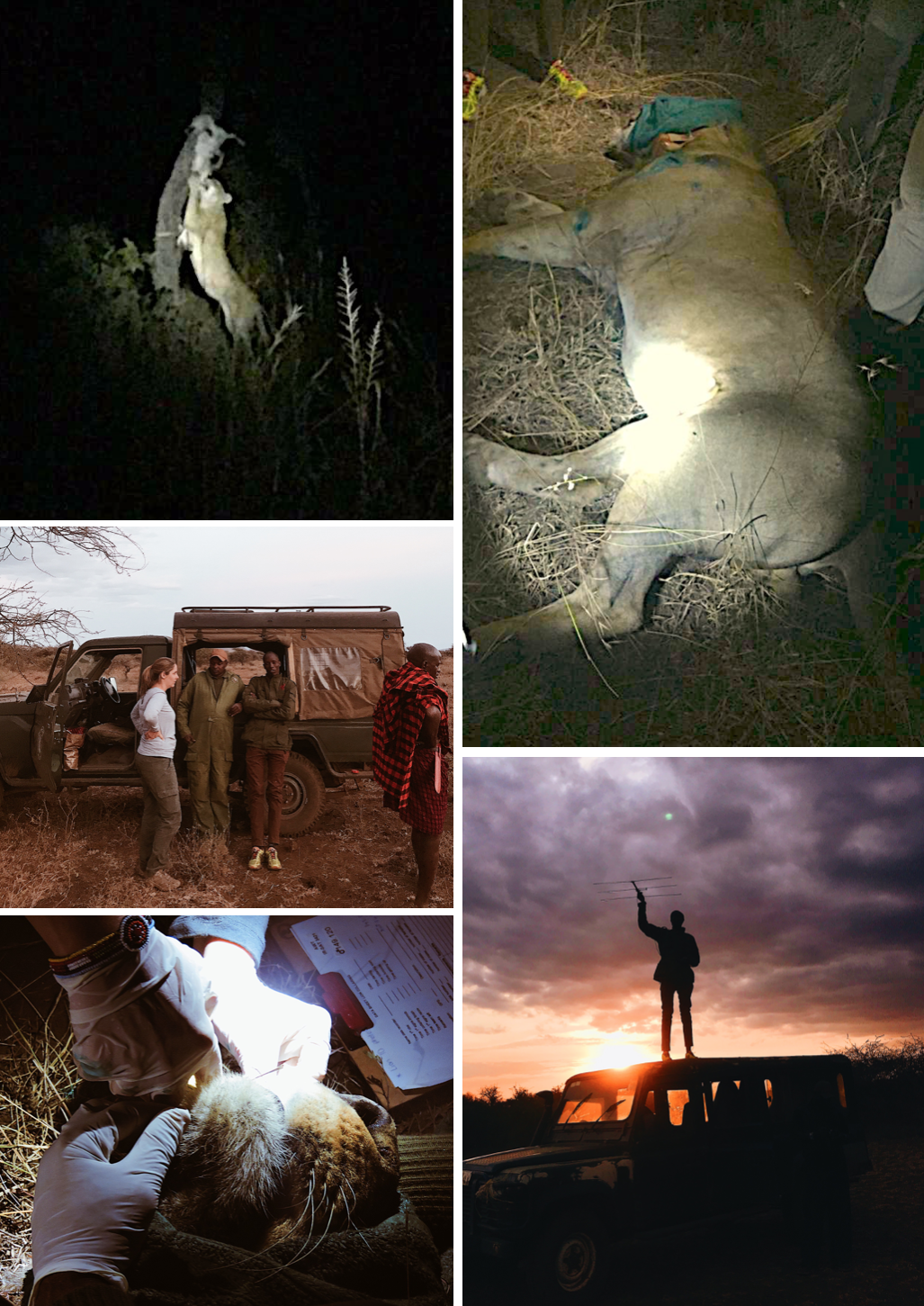 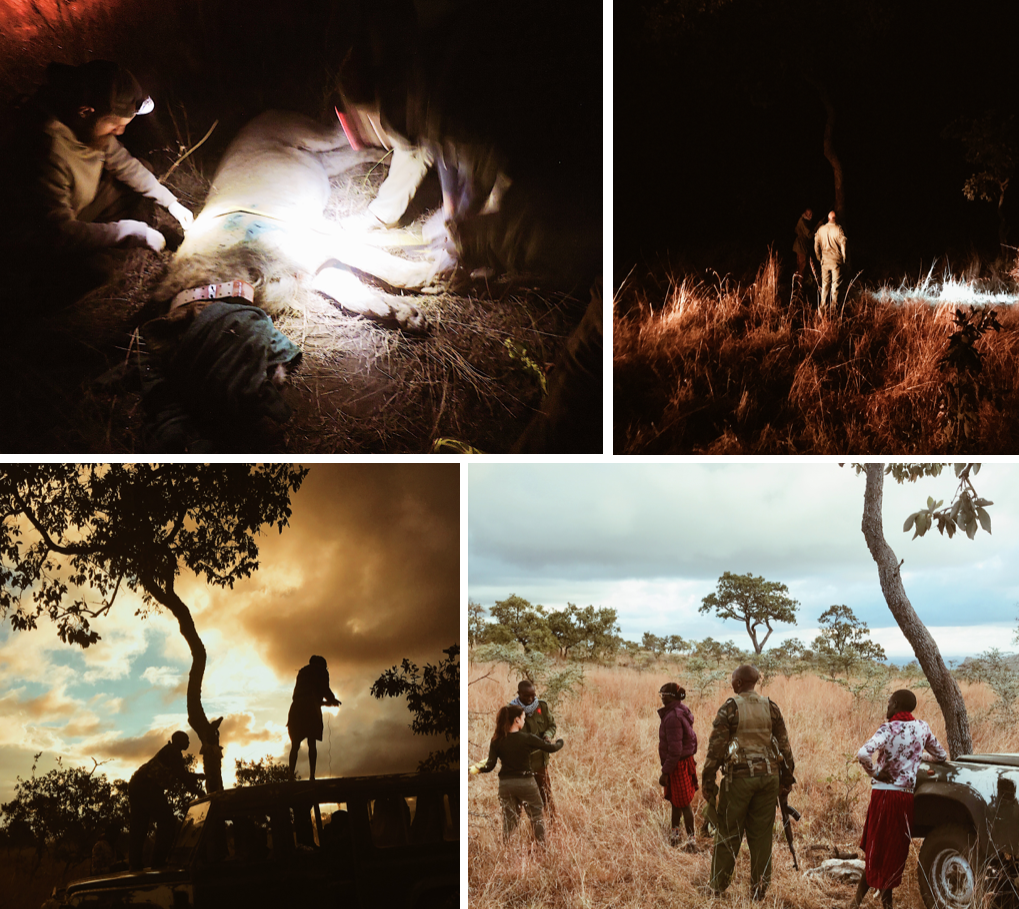 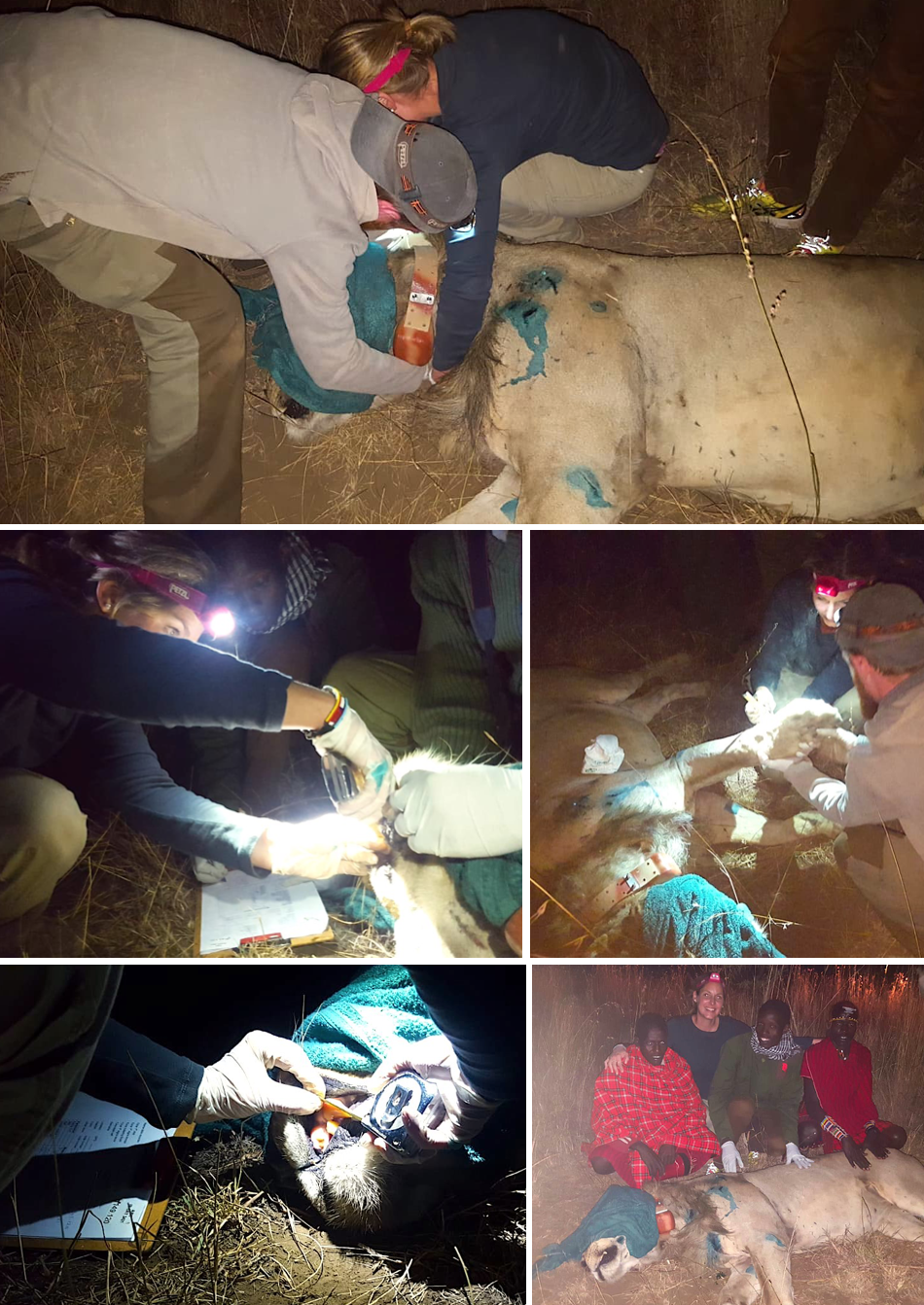 Below is a photo of Marti in the wild. 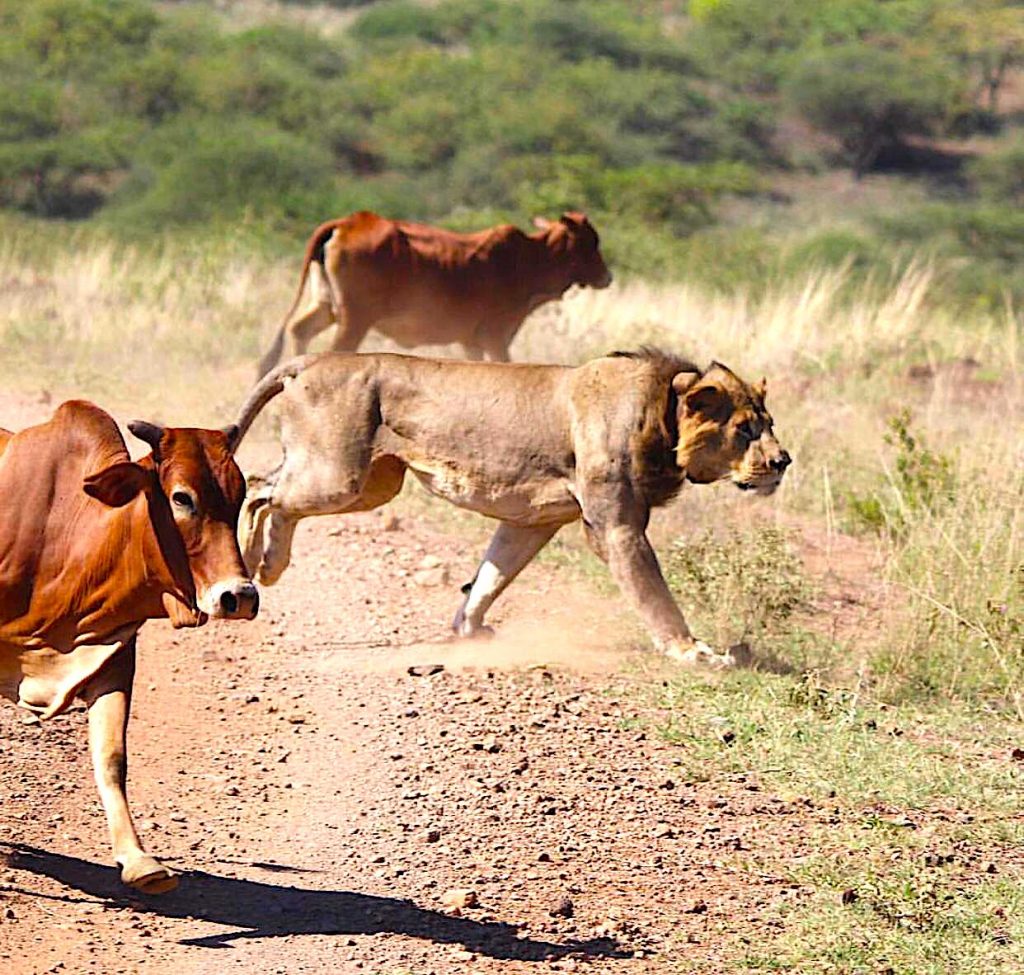 The see how the data from the collared lions are used check out our  2018 Annual Report!