Read about the Chyulu Hills REDD+ Project (written by Chris Tuite, REDD+ and Conservation Advisor for MWCT) in SWARA, magazine of the East African Wildlife Society.

“Chyulu is a vital corridor for animals that live in Tsavo and Amboseli. The park shelters a wide variety of wildlife which include the critically endangered eastern black rhino, the cheetah, antelopes such as gerenuk and lesser kudu, huge concentrations of plains game such as wildebeest, zebra and eland as well as elephants which normally wander in from neighbouring Amboseli.” 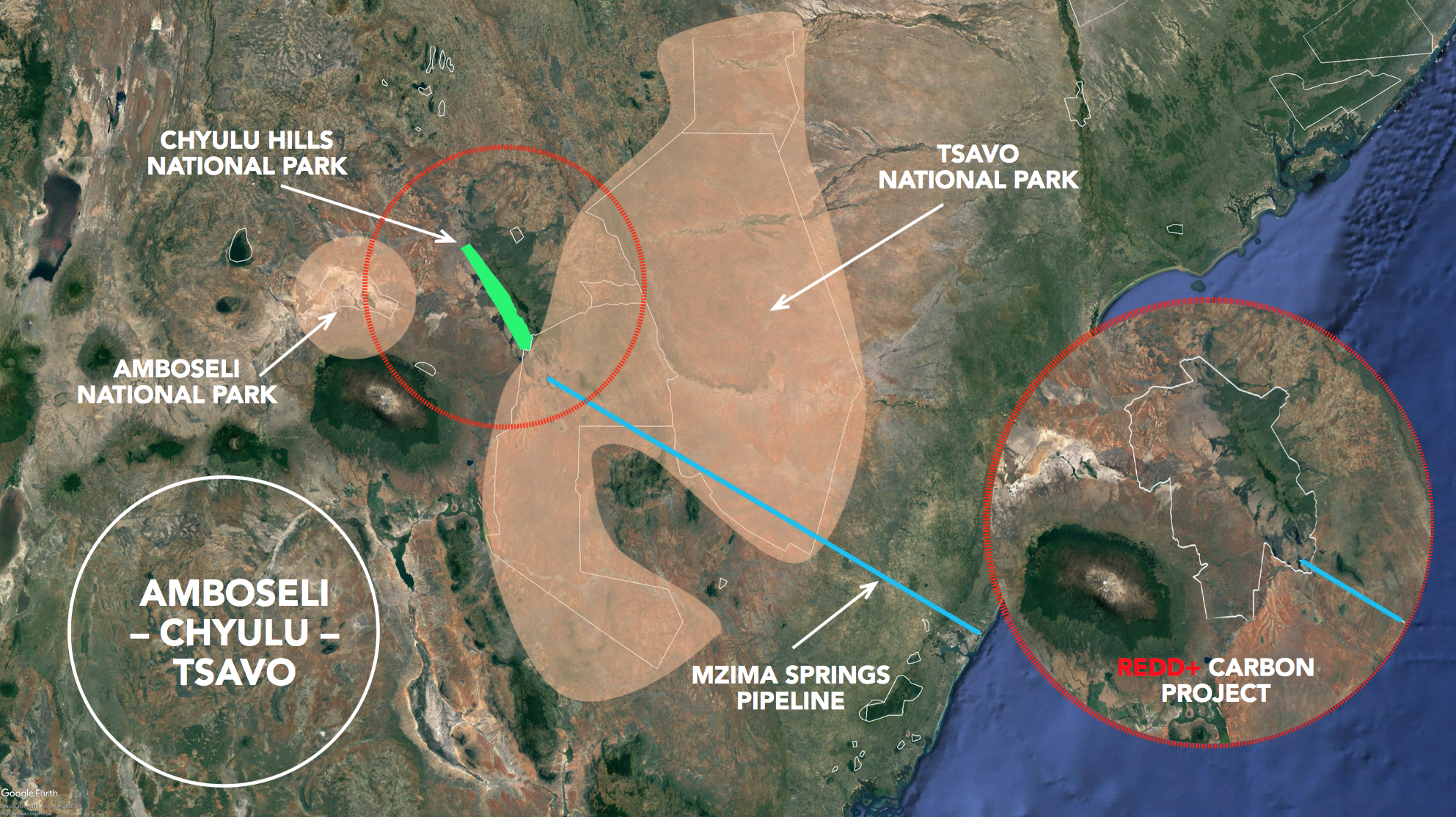 Map showing location of Chyulu Hills landscape and REDD+ Project area forming a critical corridor between Amboseli and Greater Tsavo. Also shown is the water pipeline from Mzima to Mombasa. 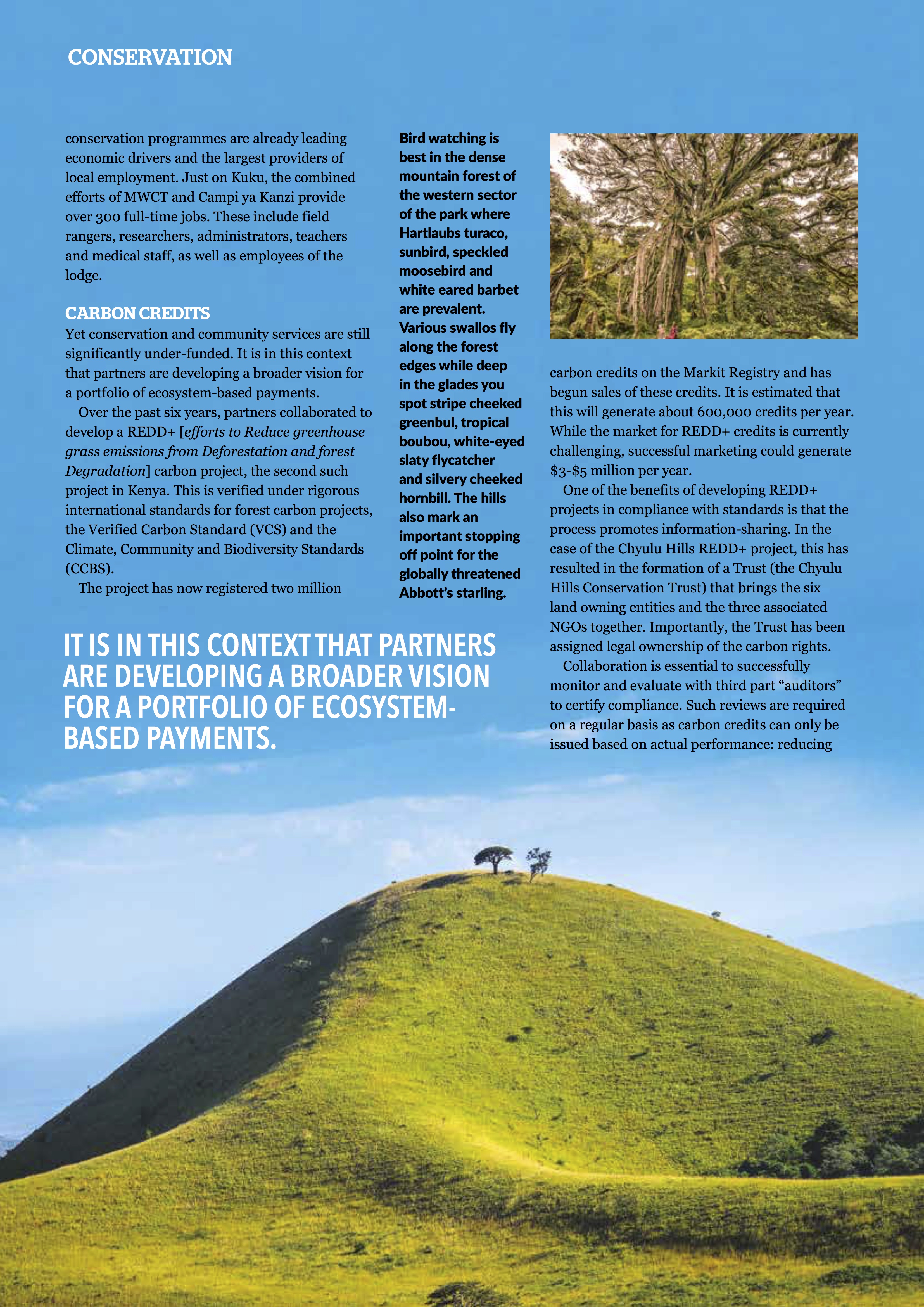