HOW THE TEAM ENDED UP HAVING TO GO OUT ON FOOT IN THE NIGHT FINDING ORKIRIKOI AFTER DARTING:

Our Maasai warrior and Simba Scouts Co-ordinator, David Kanai shares his experience of an afternoon-evening in the field when he had to strategically misguide the morans wanting to hunt one of our collared lions:

“We were getting ready for that day as usual for a collaring. We went out in the morning to do some lion tracking, so we can know the most current position of the lions. We were planning to replace Orkirikoi’s collar because the battery was almost dead. The collar was still working but the battery was too low and wouldn’t last long enough but it still worked enough for us to be able to track it via satellite. During mid-day we came back to the research centre to get ready for the evening and to collect the rest of the team. Around 4pm, we drove out of the research centre towards the Kanzi conservancy where our data described I’m to be at that time. When we arrived it was 5pm and it was drizzling outside, and we soon found that the lion was outside of the lava. We decided to dart him to prep for re-collaring.

After we had darted him, he tried to escape and run away to the point that we could no longer find him. At this point, we were worried because he would’ve gone down and fell asleep from the dart leaving vulnerable. We decided to track him using the telemetry device but it was confusing he had gone down very close to us and the signal was strong in every direction around us making it difficult to pinpoint his exact location. Now, we decided to go on foot in the night to look for him. Very dangerous in the tall grass. After several minutes of searching for him, Iain Olivier, our  Conservation Manager found him. We quickly called the vet over to check him to see if everything was fine and when he gave us the okay, we went ahead and replaced the collar. It was a bit of a stressful mission, and it was a dangerous decision to get out of the car and search on foot but it would have been very dangerous for the lion as well so we did what we had to do. We were relieved to have gotten it done successfully in the end.”

Below are photos of our collared lion, Orkirikoi and the Conservation Team: 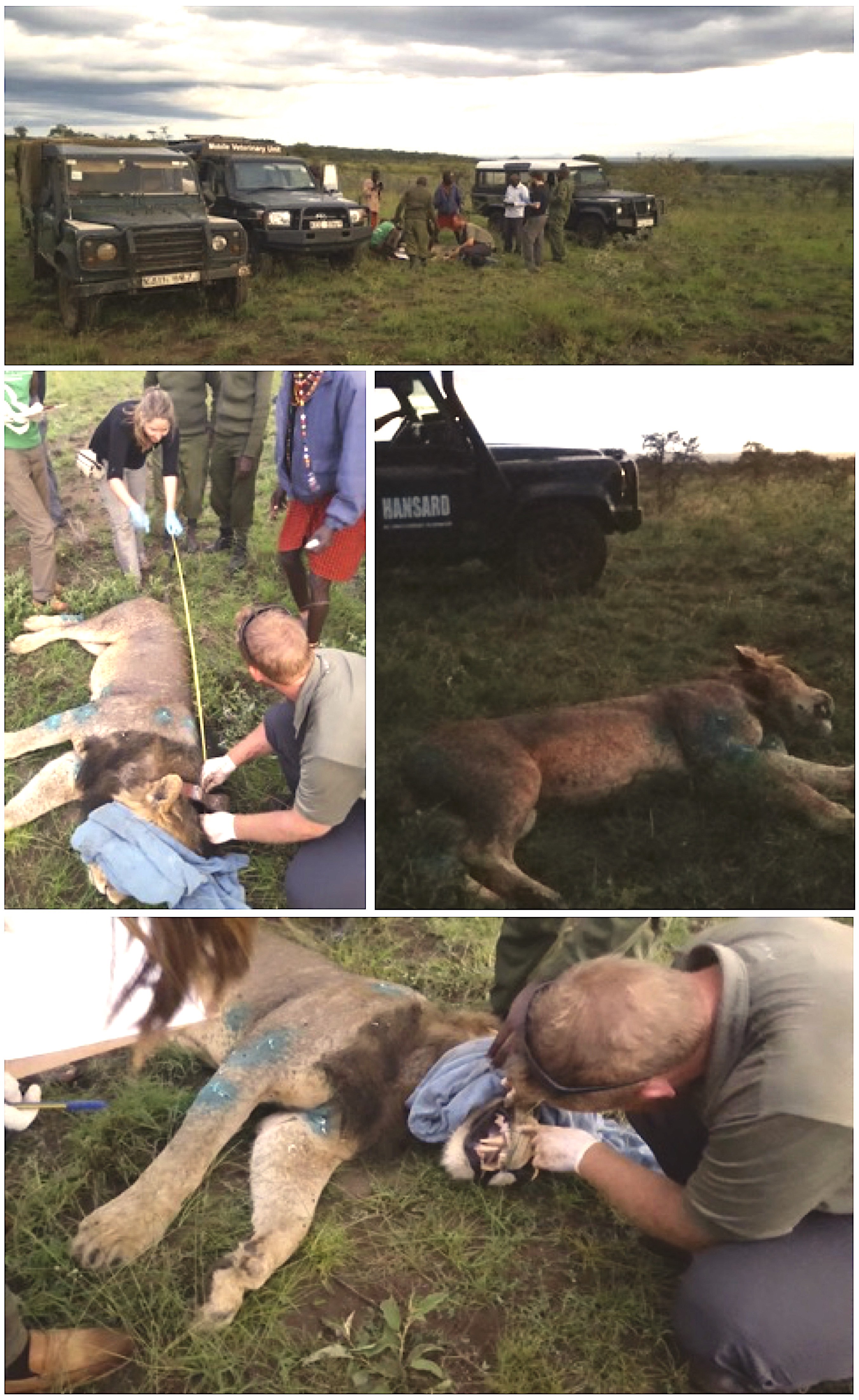