The Next Ten Years: Africa’s most endangered species

By TC
September 8, 2017
African Animal Species that Might Become Extinct in the Next Decade
The biodiversity on planet earth is a very delicate balance in which each of the plant and animal species play a crucial role in its environment. Due to rise in human population, a lot of forest land has been converted for agricultural use due to which several animal species lost their natural habitat. This change besides many other factors has pushed several species towards extinction over the years.
In Asian black markets, rhino’s horns can be priced equal to the rare metal gold by weight which is the prime reason why poachers are getting better equipped. This illegal trade causes a huge threat to rhinos because the money involved in the trade of its horns is quite significant. The largest land mammal, the elephant has also been a victim of illegal poaching for its tusks. According to a study, around one-third of all elephants in Africa were slaughtered for ivory to meet the demand for ivory in China in the last ten years.
On the other hand, the only wolf species to exist in Africa, the Ethiopian wolves can now be found only in a handful of areas due to the fast paced development and expansion of cities. Only about 450 of these creatures can now be found in eastern Africa and specifically in Ethiopia.
Africa is witnessing another bizarre reason for a species to become extinct, which is illegal trafficking. Cheetah is in high demand these days in the Middle East as having it as a pet has become a status symbol now. Ancient Arab nobility used Cheetah for hunting centuries ago and the billionaires of the day pay lavish sums for the cheetah cubs to be trafficked from northern regions of Africa.
Check out this infographic put together by TuskPhoto to learn about various African animal species that are currently at the brink of extinction and if awareness and adequate efforts are not made, the might not survive the next decade. 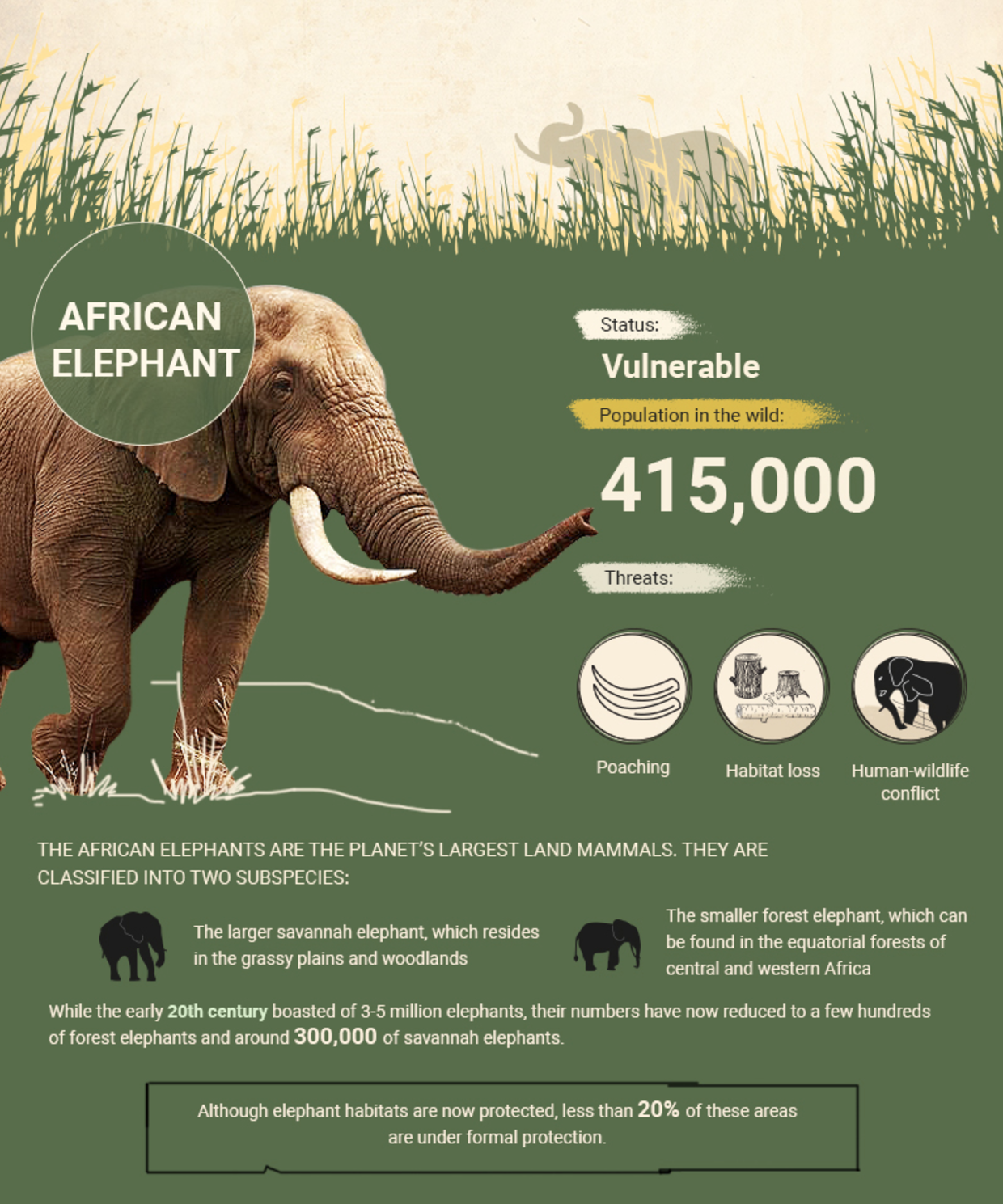 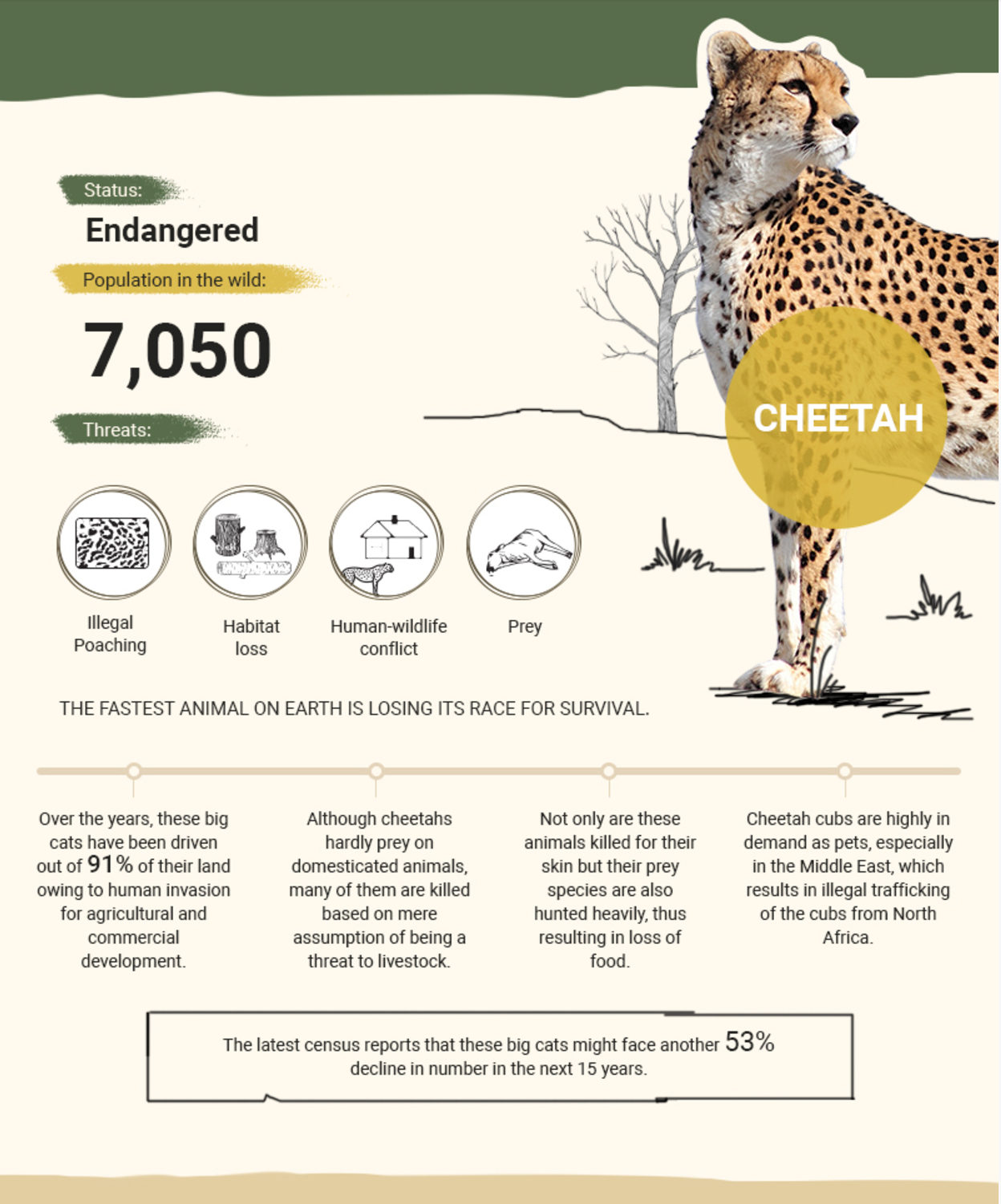