HOW MWCT STOPPED A POTENTIAL RETALIATION:

“The incident happened in the evening when the cattle were coming home from grazing on Nov 12th, and two lions attacked one cow. A young boy was herding the manyatta’s cattle and was afraid to report to the morans that a cow had been attacked and died.

Later on that evening, the moran realized that one cow was missing and asked the herder what happened – the young boy told the truth and said that he saw two lions attack one of their cows when he was herding them back to the manyatta.

The morans then organized a meeting together to assess what to do and decided to organize a hunt for the following morning – the fact that it was one of the warriors cows that got attacked made the morans feel extremely disrespected, considering their status as protectors of the community. As planned, the warriors went out at 4am to return to where the carcass was to track the lions in hopes of retaliating against their loss. They arrived at the carcass and found the two lions there feasting still.

I (David Kanai, Head of  MWCT Simba Scouts) received the information from the moran’s chief around 430am and the MWCT team (myself, the chief and one simba scout) organized for an MWCT car and we drove to the site where the morans were. When we got there, we learned that the presence of the morans had chased the two lions into the lava, so we found the morans inside the lava as well trying to find the lions.

Our team arrived and immediately tried to persuade the morans to not retaliate, we called them to a meeting that took about 1.5 hours. We came to an agreement that the cow will be approved and compensated through our wildlife pays program. We verified the carcass and took the necessary evidence as well as assisted to carry the carcass back to the village for the morans. This intervention was hard because of the status that these cows held being from the moron’s mandate, but we were successful in mitigating any further conflict!” 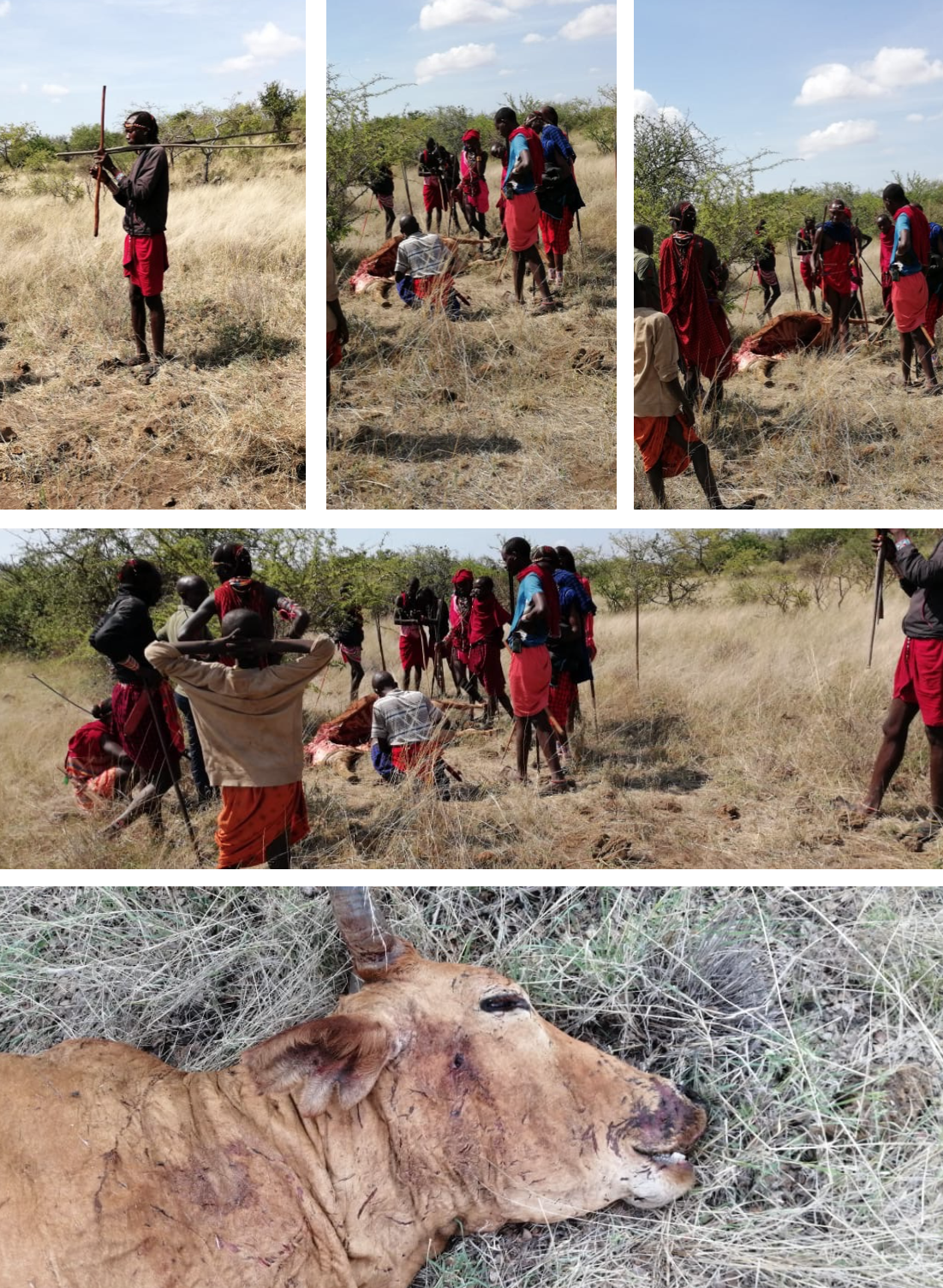