Andrew Rogers in the Chyulus: Rhythms of Life Land Art, 2010

In 2010, Artist Andrew Rogers came to the Chyulus as part of his project: 51 Structures, 7,500 people, 16 Countries, 7 continents, 16 Years.  The ‘Rhythms of Life’ contemporary land art project is of a scale and scope unparalleled in modern art history.

“The Chyulu Hills in Kenya is south east of Nairobi. A unique site surrounded by volcanic lava flows and rich in wildlife including elephants, giraffes, lions and zebras. It was the largest ever gathering of Maasai and a unique contemporary community project. The three forms to be built were decided upon after collaboration with the tribal elders. 1,270 Maasai created three major stone structures; a lion’s paw, a shield and the ‘Rhythms of Life’ symbol.  Most of these people had never previously picked up a stone for such a purpose. Their normal daily tasks mainly relate to their home and to cattle. Nor had they ever undertaken such a large task as a whole community before or used stone for the purposes of a major construction project. The people came from many kilometers away, walking for many days. They had never been paid for such a task. As many women as men participated. It was the first time that gloves had been used by most of the participants.” – Google Arts & Culture 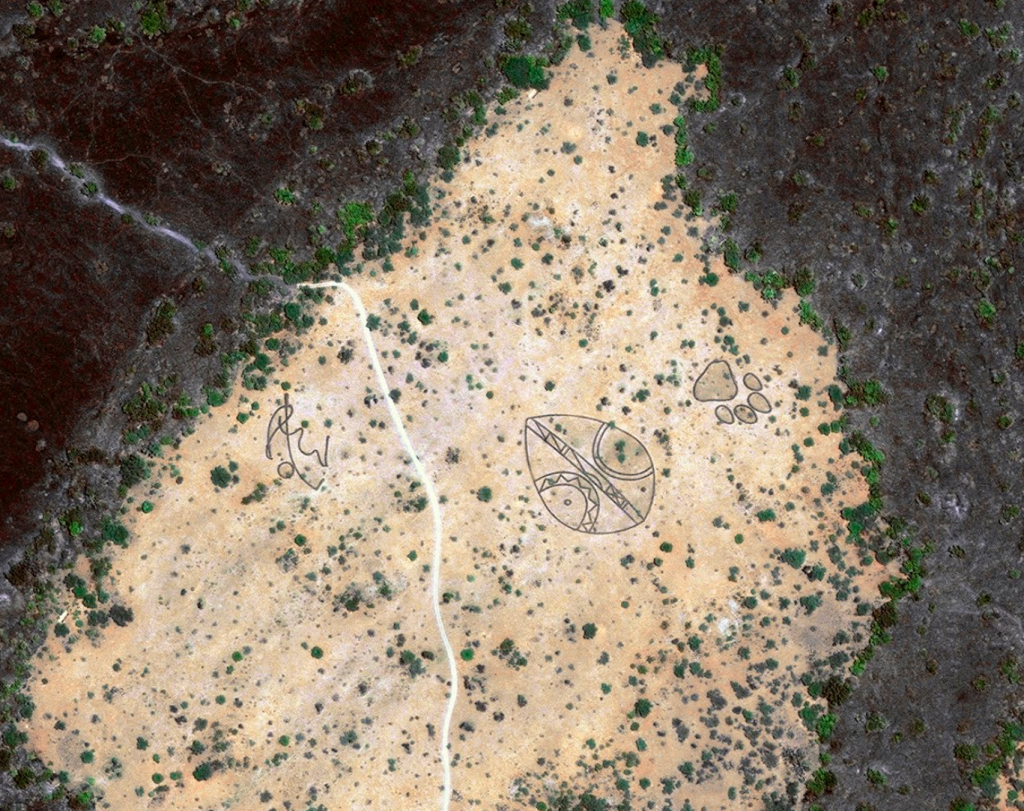 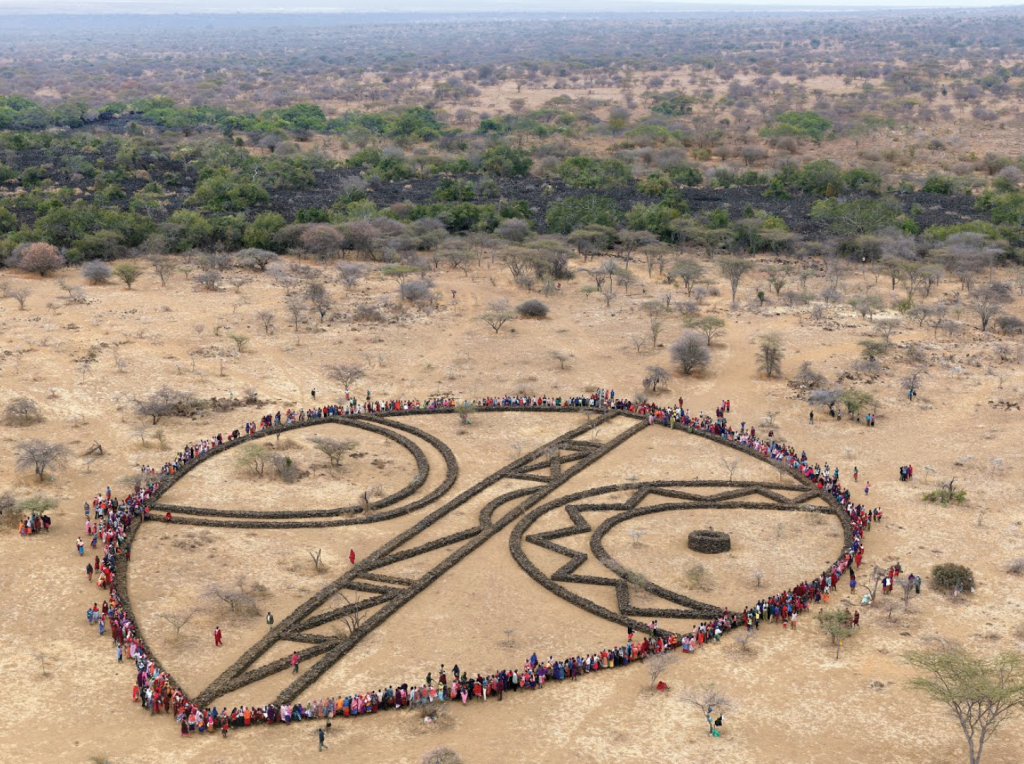 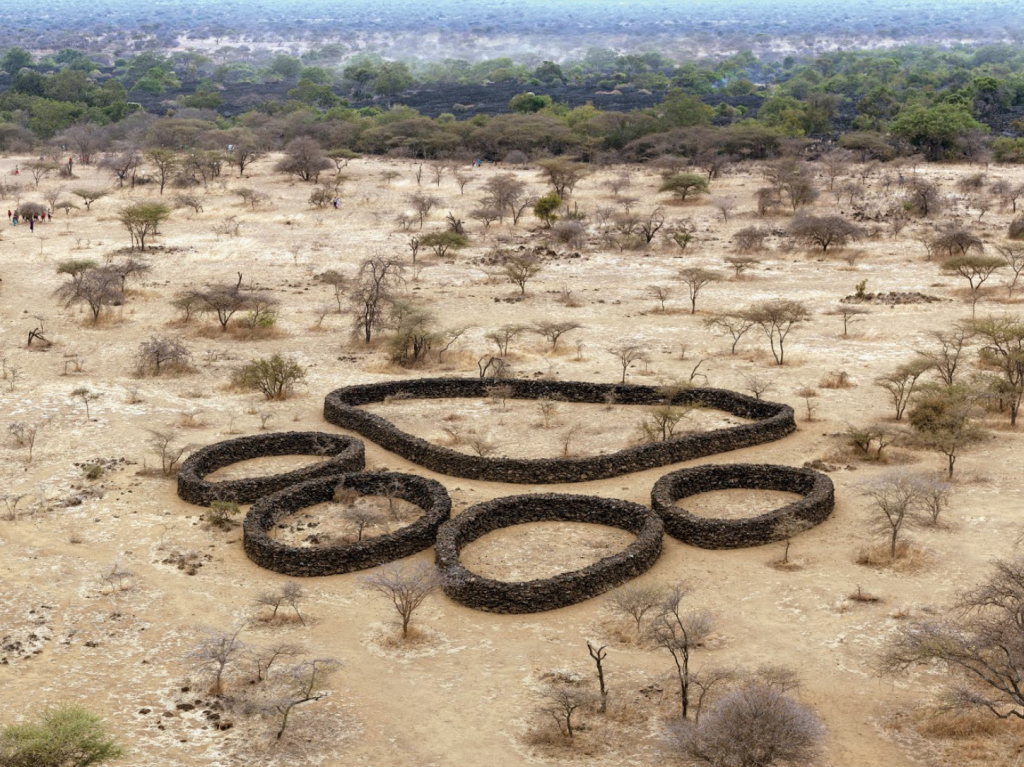 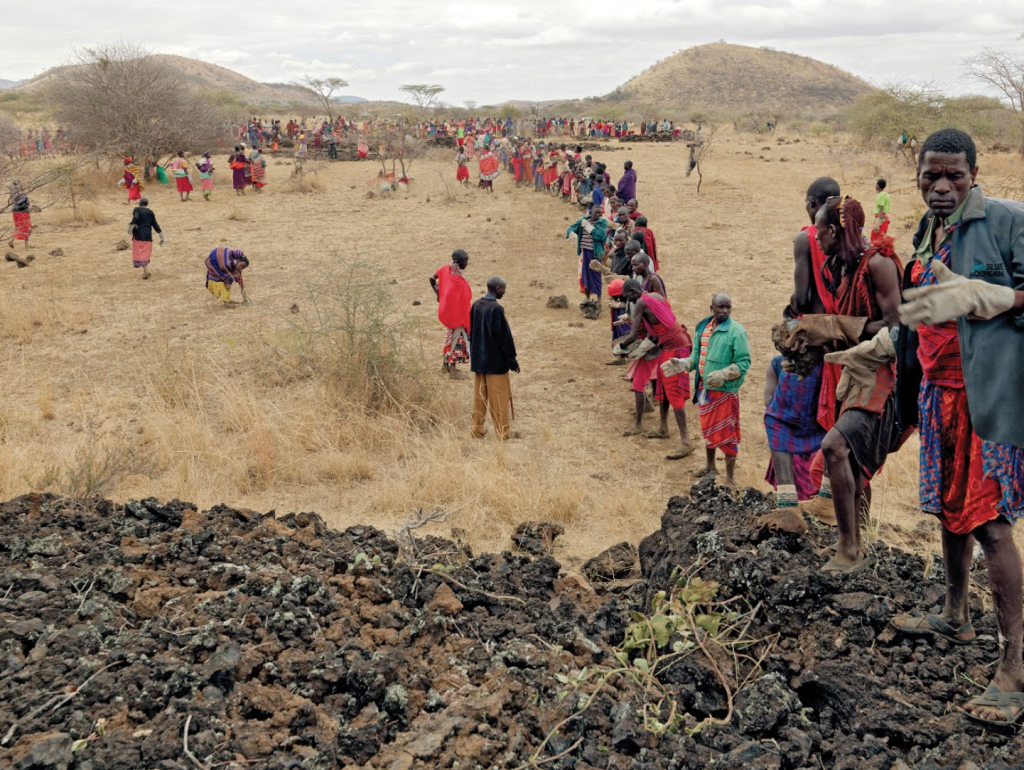