Great news! We just made our first corporate sale to Tiffany&Co in support of the Chyulu Hills Conservation Trust REDD+ Carbon Project, a project we had been tirelessly working on getting verified and validated for saleable credits for nearly 6 years! 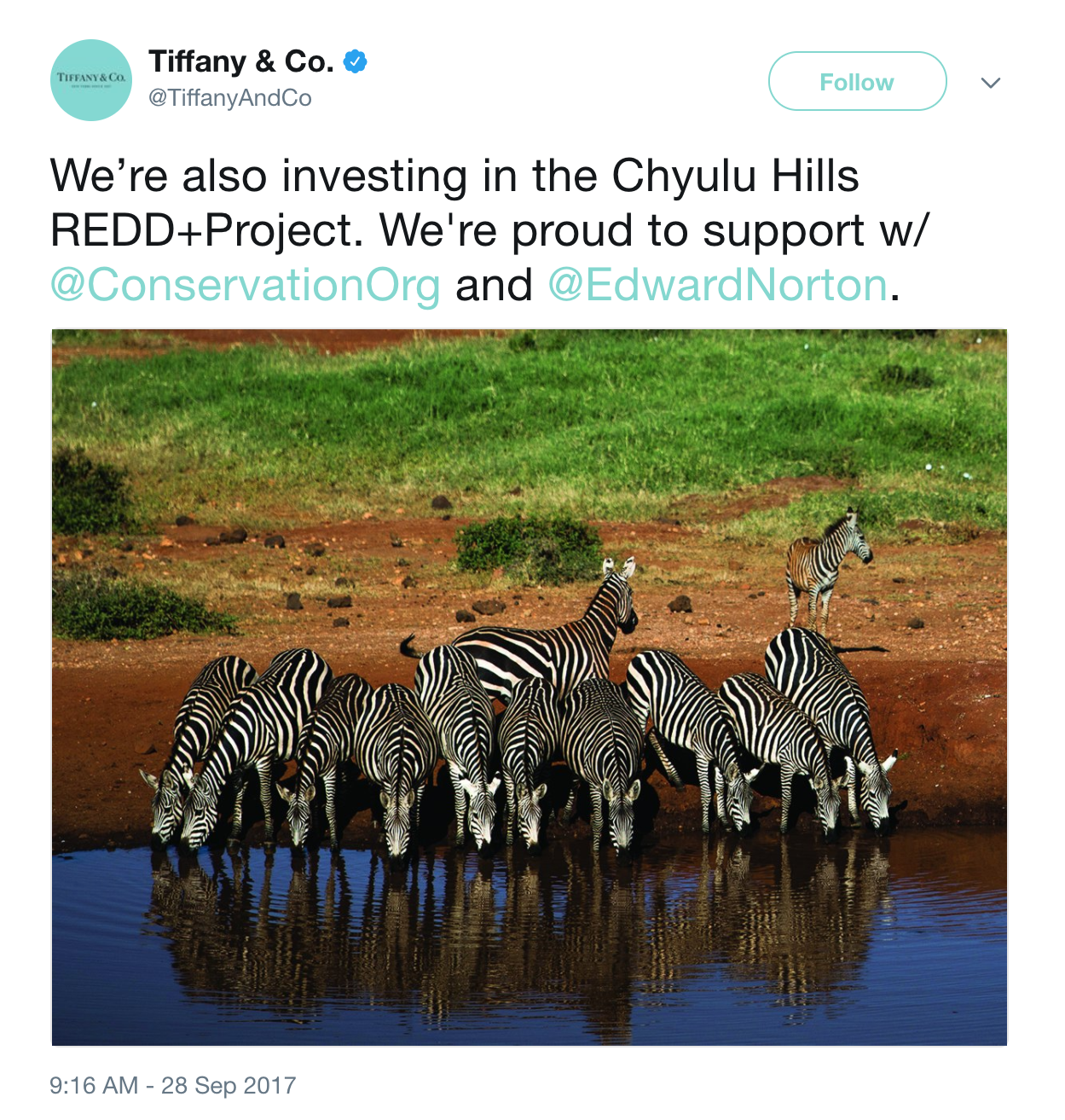 “NEW YORK, September 27, 2017 – As part of its commitment to address climate change, Tiffany & Co. today announced that it is purchasing renewable energy credits equivalent to 100% of its U.S. electricity use in 2017. This milestone, part of Tiffany’s journey to net-zero greenhouse gas emissions globally by 2050, is being achieved through an investment in Utah solar renewable energy credits – a state where much of Tiffany’s gold and silver is mined.

To further support global emissions reductions and sustainable development projects, Tiffany & Co.’s remaining 2017 emissions will be balanced through an investment in the Chyulu Hills Conservation Trust’s REDD+ Project, with carbon offsets to be retired in Tiffany’s name later this year. The Chyulu Hills and their dense forests are located between Amboseli and Tsavo National Parks in Kenya, a country where Tiffany sources colored gemstones and supports wildlife conservation. As the first major corporate backer of the project, Tiffany will support landscape scale conservation – protecting endangered and iconic species, and a critical Kenyan watershed – while creating new sustainable economic opportunities for the local communities. The Chyulu Hills Conservation Trust is a coalition of community, government and nonprofit partners, including the Maasai Wilderness Conservation Trust. Supporters of the REDD+ project include actor Edward Norton, who is President of the U.S. Board of MWCT and U.N. Goodwill Ambassador for Biodiversity, along with Conservation International and The Leonardo DiCaprio Foundation – key partners in Tiffany’s wildlife conservation efforts.”